Lee and Dorothy Noreen started what is now known as Libertys Restaurant and Lounge in 1975. 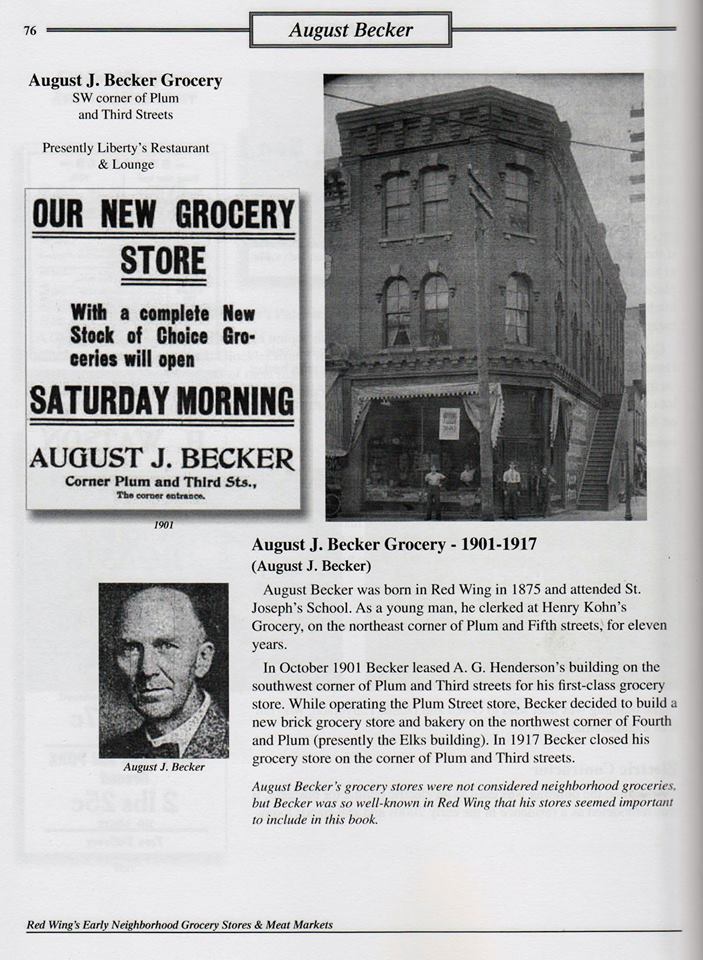 Libertys Restaurant and Lounge originally opened doors in 1975 as Liberty Pizza at 419 Plum Street – just one block from our present location.

The name came about because of the Bicentennial the following year. The original location was pick-up and delivery service only. Business took off and the space was soon inadequate so we moved to 320 Main street in October 1976 where the Riverfront Center is now located. The new building seated approximately 75 people. The pizza baking area was in the back with an open window facing into the kitchen so spectators could watch Lee, Dorothy, and their crew toss pizza dough and build their pizzas – the spectators loved it.

Fortunately business prospered and we soon needed a larger space. This is when we moved to our present location on the corner of 3rd and Plum in 1984. The new area now seats 130 in the dining room and 100 in the lounge. Our current historic building has been home to many other businesses over the years from a boot and shoe manufacturer and wholesaler to a clothing store to a pool hall. Rumor has it that the two-story section was a speakeasy during prohibition, or at least a place to purchase illegal brew. It may once have been operated as a house of ill repute, but we’re not investigating that one too carefully.

In 1994 we invested in a major restoration project, which entailed researching old photos and other historic buildings in the neighborhood. During the renovation process, we removed 30 layers of paint, fixed more than 4000 broken bricks, and replaced all the exterior windows with new ones made in the traditional shapes of the 1870s to restore the building’s Victorian charm.

Please stop by to see the history of not only Libertys, but the town of Red Wing displayed throughout our elegant restaurant. For history on Red Wing please visit online or in person the Red Wing Chamber of Commerce located in the restored turn-of-the century depot down on Levee Street (2 blocks North of Libertys on the river front)